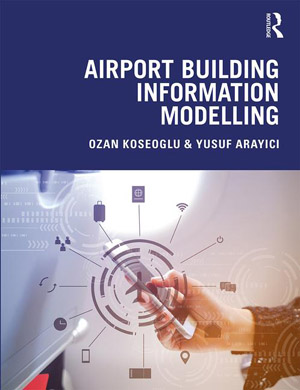 The book, Airport Building Information Modelling, is an extended case study of the implementation of BIM on the new Istanbul Airport project, which was built to replace the older Istanbul Atatürk Airport that was located in a congested area and had no room to grow. The project was initiated in 2015, and it transitioned to becoming Istanbul’s official airport in the summer of 2019. It is being built in stages, and while the main airport facility has been completed and is in operation (Figure 1), additional phases are planned to expand the airport and its facilities over time. The final completion is scheduled for 2027. The main terminal of the airport has an area of 1,440,000 sq. m. (15,500,000 sq. ft.), currently making it the world's largest airport terminal building under a single roof.

Given that the project is relatively recent, the choice to use BIM for it is hardly surprising—after all, why would any venture not want to deploy newer and more advanced technologies that are available rather than use older and outdated technologies? Thus, the book is notable not because it tells us why BIM was used for this project, but how. Also, one of its authors, Ozan Koseoglu, was the Chief Technology Officer of the project and directly responsible for its BIM implementation, making the “how” come comes straight “from the horse’s mouth,” as it were. The co-author of the book, Yusuf Arayici, comes from academia, and his research and writing expertise is reflected in the content of the book, which is well organized and structured, making the level of detail in it easy to digest and far from overwhelming.

The focus of the book is not as much on the technical details of the BIM implementation but more on the process. To a large extent, this was due to the magnitude of the project, but its location in Turkey also made it critical. Most of the firms that were involved in the project were local firms, and they did not have much experience with BIM implementation, let alone the required BIM expertise in-house to comply with the strict obligation to use BIM. This required outsourcing the actual production of the BIM model to a firm located in India, which added an additional level of complexity to the process. Its work had to be coordinated with that of the local firms, and these firms, in turn, had to be brought up to speed on how to work with BIM.

Some of the additional noteworthy aspects of the BIM implementation process, described in detail in the book, include: 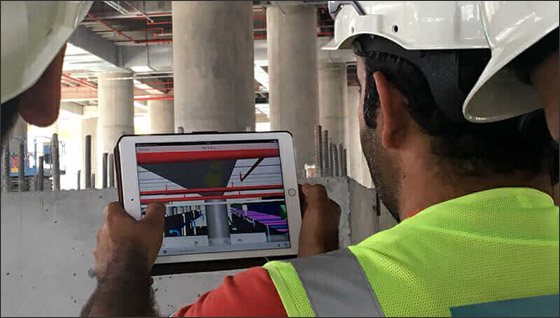 Figure 2. The use of tablets with the BIM model on the construction site. (Image courtesy: Istanbul Airport)

While the book did not delve too deeply into the technical aspects of the BIM implementation, it did provide an overview of the main applications that were used. These were mostly, by and large, Autodesk applications: Revit for architectural design, AutoCAD for MEP, Civil 3D for the site model, and AutoCAD 3D for the baggage handling system. The only non-Autodesk application that was used was Tekla for structural design, and it was integrated with Revit using IFC. The BIM production team also used Revit to create the consolidated BIM model of the project, but the actual application that was used to hold the master model was Navisworks, which was also used extensively for coordination.

The main collaboration and document management platform that was used on site was Autodesk Vault, with some remote collaboration being done using Buzzsaw. For construction planning, scheduling, and estimating, Navisworks was again the main application that was used, along with Microsoft Excel. At the construction stage, Autodesk BIM 360 Glue and BIM 360 Field were the main applications that were used, both to transfer the digital BIM data from office to site and use it to guide the installation, as well as allow QA/QC checks and inspections, real-time progress control, and monitoring. The project also used BIM 360 Layout to drive the positioning of the installed elements from the BIM model and ensure that it was precise.

While the BIM Execution plan for the project called for the use of BIM to extend to the facility management (FM) of the airport, how successful this has been is not clear, since the book was wrapped up shortly after the airport went into operation. Throughout the design and construction phases, the intent to use BIM for FM drove several decisions and tasks, such as creating the BIM to the LOD 500 level of detail, updating it throughout construction to ensure it captured the as-built configuration of the airport, and tagging all the rooms, equipment, and additional assets for the project handover. Beyond this, no additional details were provided, for example, which applications were going to be used for CAFM (computer aided facilities management), and how they would work with the BIM model. While the BIM Management team acknowledged that a smart airport was a key part of the larger smart city concept, I did not find any mention of the use of IoT sensors or building control systems, which would seem to be an important component of any smart environment.

However, given that BIM for FM is still so nascent—the only working implementation I have come across so far is BIM for FM at UCSF, which I wrote about a couple of months ago—it is understandable that the use of BIM for operations and maintenance at the airport is more of a vision at this stage rather than an actuality. At least, the ground has been set, and hopefully, emerging technologies such as digital twins can be deployed once they have become more established and better understood to transform the vision into reality.