Bentley’s annual Year in Infrastructure (YII) conference kicked off last week, and as with all events this year, it was held virtually rather than in-person in Vancouver, the city where it was originally supposed to be held. All of us seem to have gotten used to this new normal, as the event was still as engaging and informative as it has always been. With all the sessions recorded and available for streaming, it was, in fact, easier for attendees to hone in on what was most compelling to them, depending upon their background and areas of interest.

This article discusses some of the topics that made it to the top of my list.

While Bentley had set the stage at last year’s conference to indicate that it saw “Digital Twins” as the next step in AEC technology after BIM, it was hard to find a session this year that was not about Digital Twins. In Bentley’s world — which encompasses all of infrastructure including buildings, industrial facilities, power plants, roads, bridges, railways, water networks, sewage lines, telecom towers, power lines, etc., in short, everything that is physically built — static BIM models are well and truly passé. What is needed to improve design, construction, and operation of all physical assets are dynamic virtual representations of these assets — that is, their “digital twins” — which capture their current state and enable accurate decisions to be made about them (Figure 1).

Figure 1. The timeline of Bentley’s technology development as shared at YII. It started with 2D CAD in 1984 (the year it was launched), moved through 3D BIM, and is now progressing towards 4D Digital Twins.

So, for example, while the BIM model of a bridge that was created for its design can continue to be useful while it is being constructed, it will be of limited use once it is in operation, even if the BIM model has been updated to capture the “as-built” construction of the bridge. You could increase the value of the BIM model by attaching asset information to the different components, making it the equivalent of “BIM for FM” for buildings (see the article on BIM for FM at UCSF). But how useful will this model 30 years be after the bridge is in operation — given its inevitable wear and tear — in determining which parts of the bridge need to be repaired or replaced in order to prevent it from failing (Figure 2)? After all, we need to be able to determine the loads the bridge can support based on the current strength of its components rather than on their strength when they were brand-new. 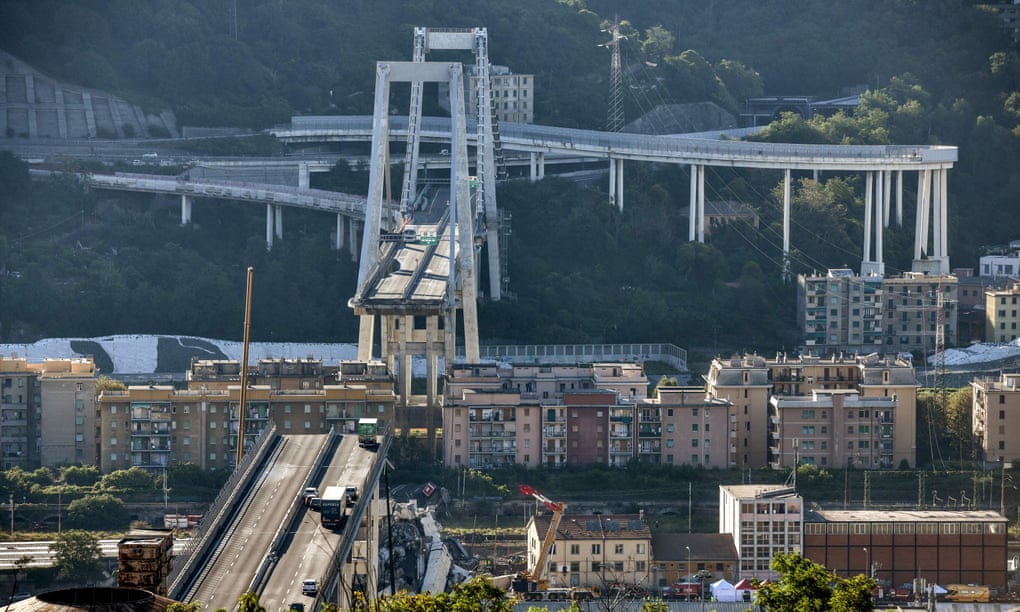 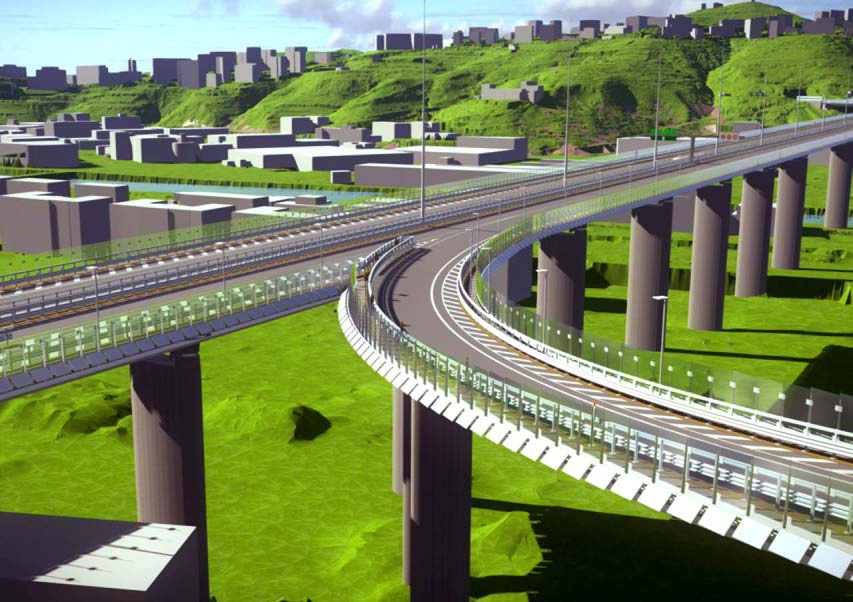 Figure 2. Collapse of the Genoa bridge in Italy in Aug 2018 (see this article for more details), shown in the top image. A replacement structure, designed by Italferr S.p.A. using an array of Bentley products, is shown in the lower image. Called “The New Polcevera Viaduct,” this project won a YII Award last year.

As shown above, a scenario like a bridge collapsing is not a hypothetical one. All of our infrastructure is subject to wear and tear and it, therefore, needs to be constantly repaired and updated to keep it running safely and smoothly. This is why the concept of a digital twin, which captures the current condition of an infrastructure asset, is of unanimous interest to everyone who is responsible for creating, maintaining, and operating infrastructure anywhere in the world. It explains why there is so much interest in Bentley’s digital twin technology, not just from leading architecture and engineering firms that have always been users of its large array of infrastructure design solutions (Figure 3), but also from large owners and operators as well (Figure 4). 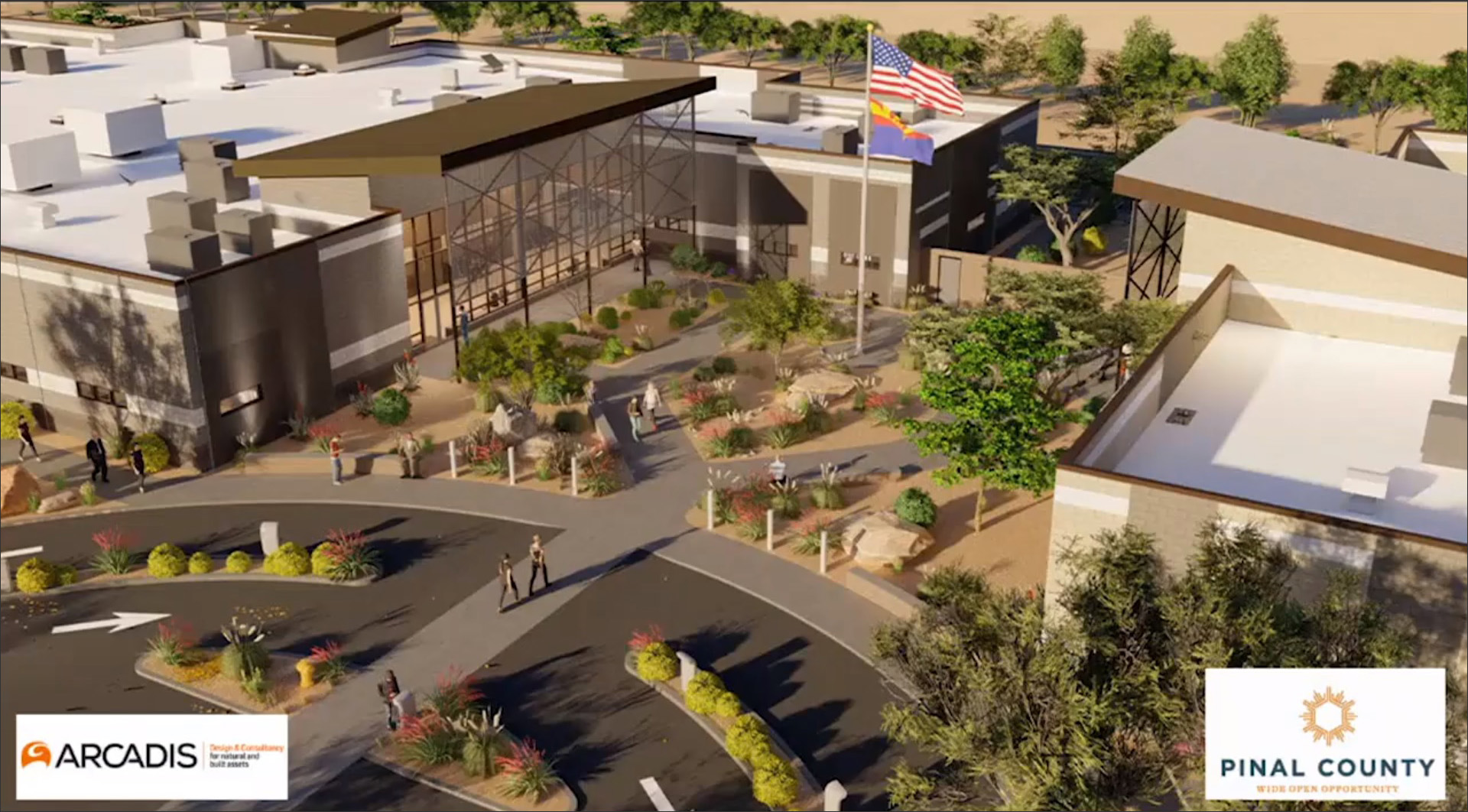 Figure 3. Arcadis, a long-time user of Bentley solutions, in transitioning to using Digital Twins so as to be able to provide owners with usable construction data of their assets for business decision making. 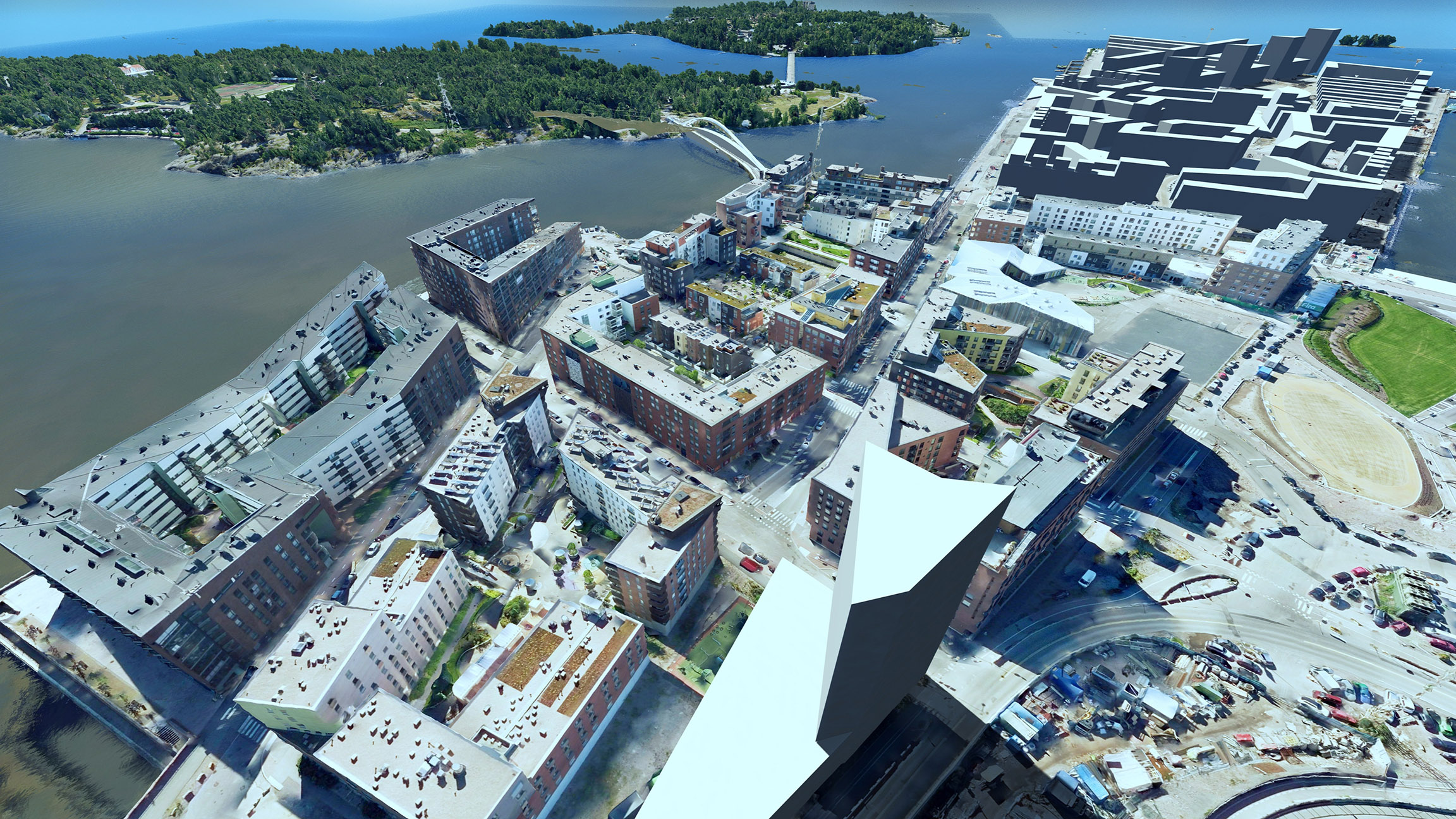 At last year’s YII conference, Bentley had unveiled a suite of iTwin Cloud Services for creating and working with “iTwins,” the term it is using for infrastructure digital twins. This year, it announced the launch of an “iTwin Platform” intended to bring all the pieces together for the creation of digital twins including applications for modeling and simulation, design review, project collaboration, construction management, asset management, and reality modeling (Figure 5). The platform is being designed to be open, so that in addition to Bentley’s own applications, it can support a wide variety of third-party tools and file formats, including IFC. Third-party developers can use APIs to connect additional tools to the platform for contributing to creating, managing, and visualizing digital twins.

Because a digital twin is dynamic rather than static, it needs to be able to work with IoT (Internet of Things) data coming from the increasing number of “smart” sensors that are being located in the physical world to track real-time attributes. For this, Bentley is working with Microsoft, which has been developing an IoT platform on its Azure cloud service. In fact, the iTwin platform is being built on top of Microsoft’s Azure IoT platform. How this actually works in practice was not clear, as the integration is still being developed, and the world is still at the early stages of deploying IoT en masse.

In the meantime, Bentley continues to develop its iTwin Cloud Services with applications for reviewing, validating, and analyzing designs. For example, iTwin Design Review allows ad hoc design reviews in a hybrid 2D/3D environment to be initiated over the web, providing an accountable record of who changed what and when (Figure 6); iTwin Design Validation checks the completeness and quality of BIM data; and iTwin Design Insights provides analytics for understanding the implications of design decisions on cost, schedule, quantity take-off, safety, and other key performance indicators early in the project. 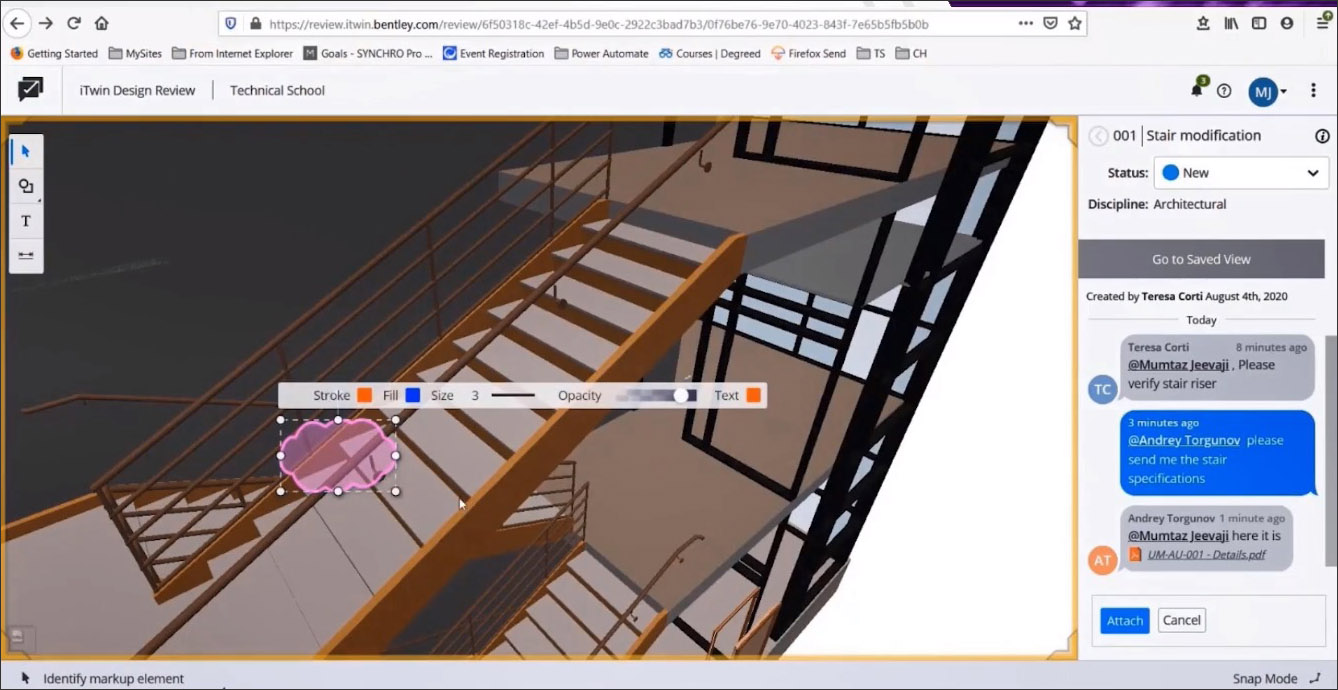 Even as Bentley is ramping up on its Digital Twins technology and future offerings, it is continuing to improve its vast array of existing products. Some of the key updates that were shared at YII were in the areas of project delivery and design integration that span all the different infrastructure disciplines in which Bentley solutions are used.

A new version of Bentley’s main collaboration application, ProjectWise, was launched earlier this year. Called ProjectWise 365, it is fully cloud-based with real-time 2D and 3D design review capabilities, allowing easier multi-disciplinary collaboration remotely from almost any location; it has a new task-based interface that is unique to every user; and it includes customized dashboards (Figure 7), analytics, and real-time reporting that can help project managers to determine if the project is on track. 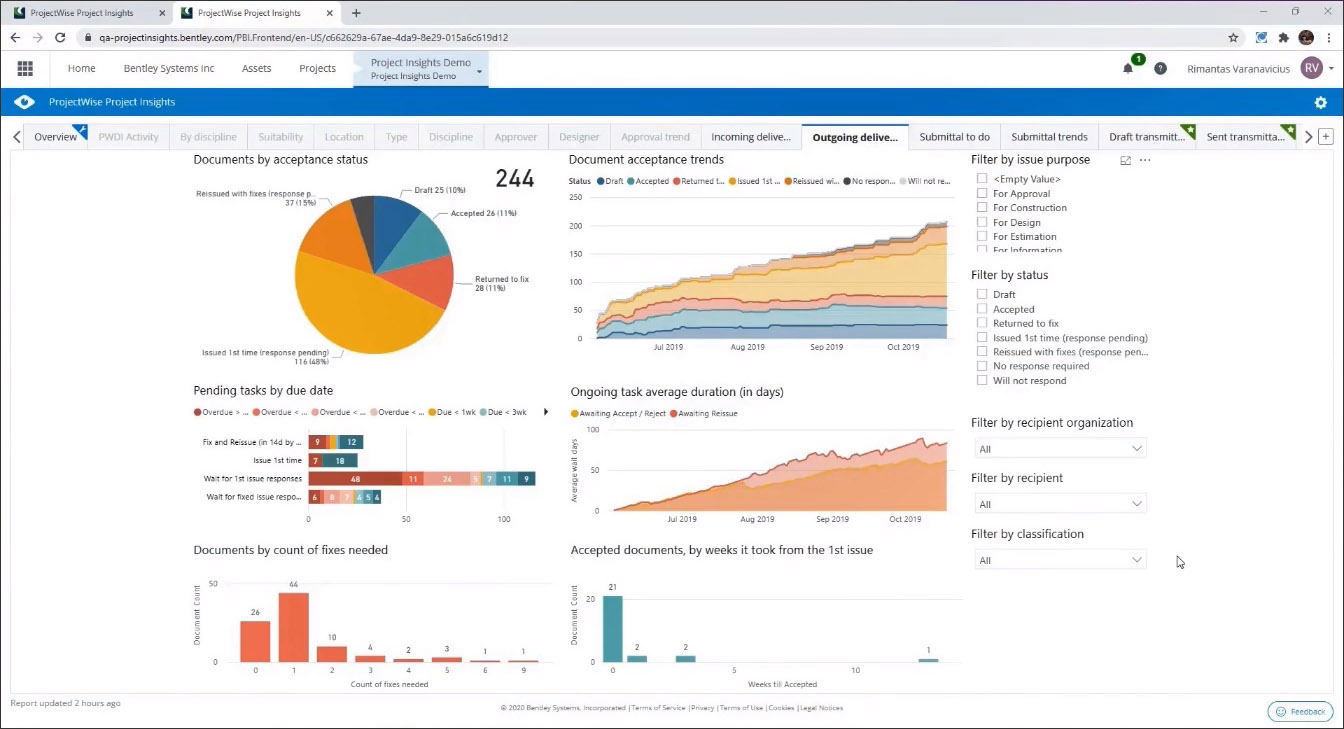 Figure 7. A customized dashboard in ProjectWise 365.

Synchro, the construction scheduling application Bentley had acquired in 2018, has been significantly expanded for 4D construction modeling and sequencing, document controls, cost management, and field management. The new SYNCHRO allows viewing of 4D models and fully detailed schedule simulations with animation and sequencing using only a web browser, opening it up to all project stakeholders (Figure 8). The Pro version of SYNCHRO is integrated with Bentley’s real-time visualization application, LumenRT, enabling a cinematic quality of construction simulations that can include traffic patterns, water movement, shadowing, and human interaction. SYNCHRO’s field management capability has also been improved with the ability to capture and transcribe voice-based collection and reporting through the integration of NoteVault, a service Bentley acquired earlier this year. 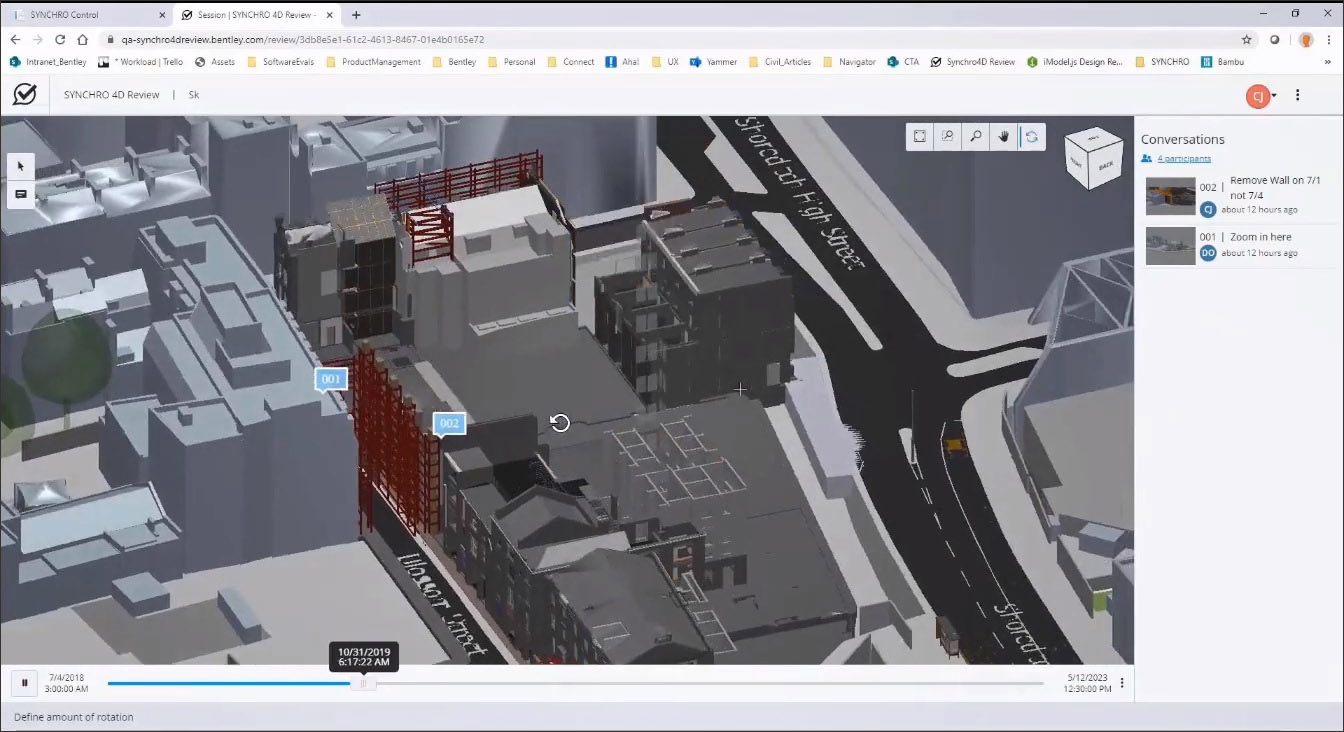 Figure 8. Viewing a SYNCHRO project simulation on the web.

Each of Bentley’s individual disciplinary applications is now “iTwin-enabled” which means that the models created with them can be input to the iTwin Platform for creating digital twins. Additionally, several of them have discipline-specific enhancements including rebar detailing for OpenBridge Designer, LEGION simulation for OpenBuildings StationDesigner updated with new social distancing guidelines, overhead line design for OpenRail, AR (augmented reality) support for PlantSight, inspection and compliance reporting for AssetWise, and T&D (Transmission and Distribution) structure analysis for OpenUtilities.

As shown earlier in Figure 4, Bentley’s extension of digital twin technology to entire cities — i.e., “digital cities” — is already being implemented in forward-thinking cities such as Helsinki. With the goal of enabling more cities throughout the world to adopt this approach to improve the lives of their citizens, Bentley has several advancements specifically for digital cities. Its main application, OpenCities CityPlanner, has been enhanced to make it easier to capture the context of a construction site, campus, or city, with faster processing of reality data with its ContextCapture application as well as integration with the Orbit GT mapping application that Bentley acquired last year (Figure 9). Other improvements include the ability to efficiently collect and synchronize geotechnical data for OpenGround Cloud (Figure 10), enhanced citywide analysis and simulation of vehicular and pedestrian travel with the Streetlytics and CUBE applications that were also recently acquired, improvements in the design and analysis of water networks with a new WaterSight application, and integration with ArcGIS Pro for improved planning. 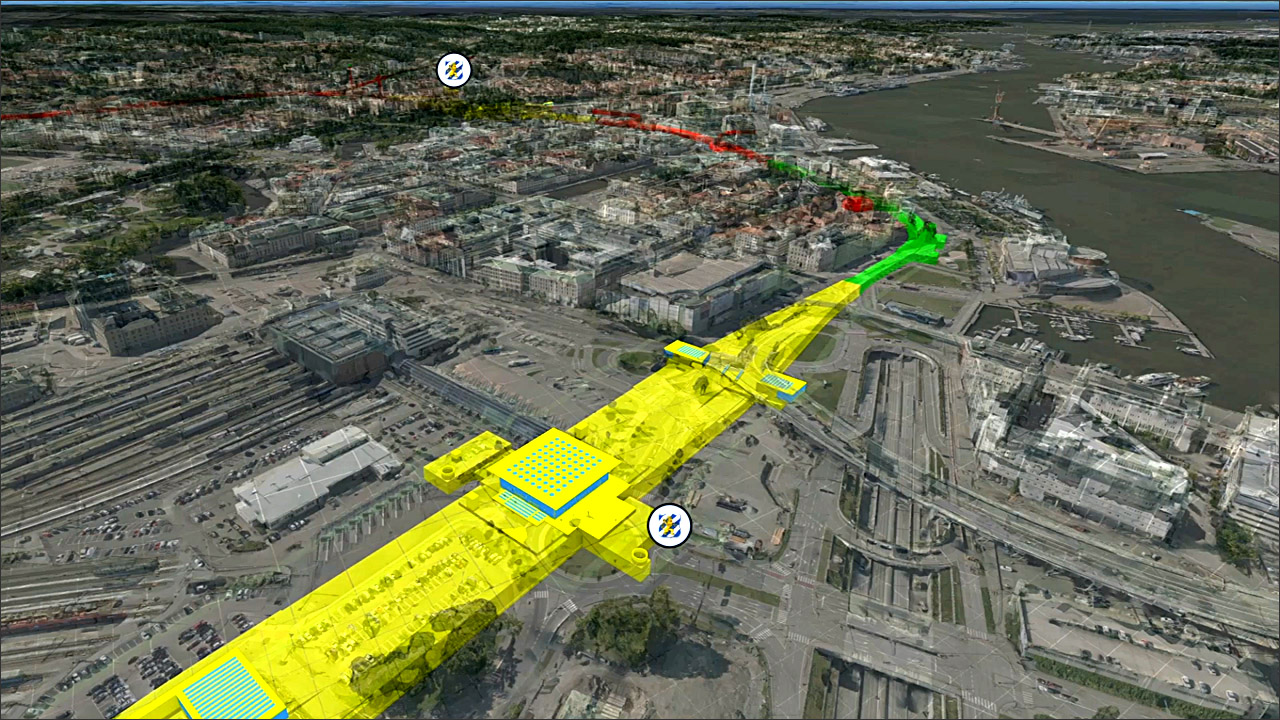 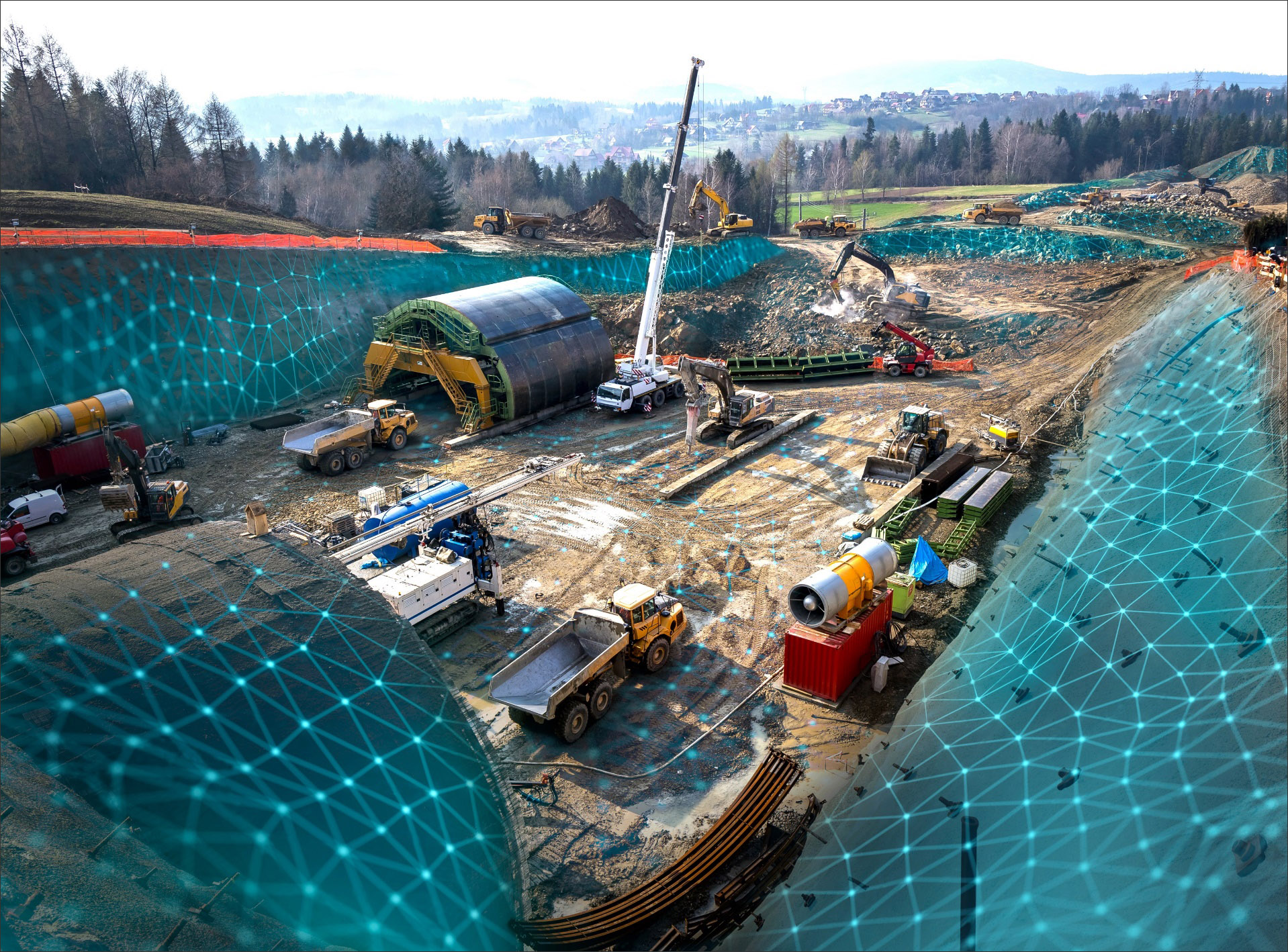 This year’s YII event was a special one for Bentley as it went public last month — it is now listed on the Nasdaq under the ticker symbol BSY. Given how long Bentley has been developing AEC software and the enormous breadth and depth of its portfolio, I think the IPO is well deserved. The company is certainly unique with its singular focus on infrastructure software; and given that infrastructure is something that the world is always going to need, Bentley’s future seems promising. It has also been good to see Bentley integrating all of the numerous acquisitions it has made over the years into its product line-up, indicating that they have all been well thought-out. Some, in fact, like LEGION have been especially prescient in the current times with the social distancing mandate.

I also appreciate Bentley’s push for digital twins, given that is always room for improvement with what we can do with technology. BIM was a great improvement over CAD, which in turn was a great improvement over hand drafting. But BIM does have its limitations when it comes to the operation and maintenance of a building or infrastructure asset, and while we may be able to address this limitation in part by attaching operation manuals and other asset data to BIM elements as well as keeping the BIM model up-to-date with any changes to the building, there is only so much that can be done. With the emergence of IoT technology led by technology giants such as Microsoft and Siemens, as well as faster and less expensive reality modeling with drone-mounted cameras and scanners, the next logical step in our technology journey would be to integrate these with the static BIM model to make it dynamic, so that it can capture the current state of a building or infrastructure asset at any time, allowing business and operational decisions about it to be made more accurately.

That said, I think we need to be careful about the indiscriminate use of the term, “digital twin,” and refrain from using it for what is just BIM. The majority of AEC projects all over the world, even those using technology in advanced ways, are done using BIM, and labeling them as “digital twin” projects — as I found at the YII conference — is not only confusing, it can actually discourage further exploration of the technology.

Hopefully, however, we will see many examples of actual digital twin infrastructure projects in the years to come.