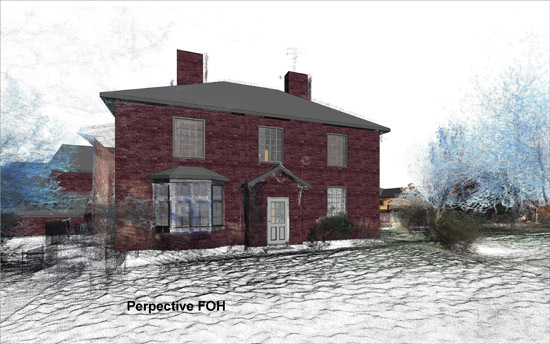 Like many AEC companies, leading UK main contractor nmcn saw the benefits in tripod-based laser scanning. First, the most obvious one: When used once at the beginning of a project, the technology could capture millions of points of site geometry, enabling the company to gather detailed 3D data that was both more comprehensive and more accurate than the documentation captured with traditional methods.

But they also saw the big picture. If they used tripod-based laser scanning continuously across the project timeline, laser scanning had the potential to become a cornerstone of their digital transformation. Continuously captured scans would enable teams to start doing the kind of advanced digital analysis that’s often discussed in the press but rarely happens in the real world—they could perform daily site checks and QA, generate more precise final as-built models, and even track subcontractor work, deliveries, and who was on site when.

While running the numbers however, the head of digital transformation at nmcn, Gary Ross, noticed a few problems that would prevent them from using tripod-based laser scanning more than once per project.

For one, a skills gap in the UK AEC industry meant that nmcn did not have the expertise to perform the scanning in house, forcing the company to contract the work to expensive outside specialists. That also meant the company needed to wait a significant amount of time for the scans to be captured, processed, and finalized into reliable documentation, adding further cost. Together, these factors made the cost of capturing multiple scans too expensive to justify, effectively blocking nmcn from performing the kinds of advanced construction analysis they envisioned.

Such a tool would make repeated scanning a real possibility, and ultimately help the industry take a big step forward in its digital transformation.

After a research period, nmcn decided to test handheld SLAM-based lidar scanners to see if they fit the bill. These tools, relatively new to the market, promise that any project team can capture accurate, reliable site documentation quickly, and with a minimum of training.

The company selected Paracosm’s PX-80 handheld 3D scanner, and then put it to a trial by fire. They handed the scanner to Ross—an engineer with no previous scanning experience—gave him 15 minutes of training, and then set him off to document a site. Over the course of a few hours, he used PX-80 to capture a complex of derelict farm buildings 57 meters across with the final goal of generating 2D floor plans and 3D BIM models for the site.

Meanwhile, to ensure that the scanner was not only usable by a novice, but also produced reliable data for nmcn’s documentation needs, the company generated a set of control data. They contracted a team of four specialists to capture the same farm site with tripod-based laser scanners and handheld distos.

Next, nmcn generated 3D models on top of these data sets according to their regular workflow, and laid one model over the other. In the final product, nmcn found a difference in accuracy of only 39.2 mm over the 57-meter range of the site, or +/- 0.06%. Ross argues that this number is more than good enough for their modeling use case, since it is well within the margin of error for a human drawing on top of a point cloud. As a result, he says, it’s also good enough for 95% of the scanning work that nmcn needs to perform. 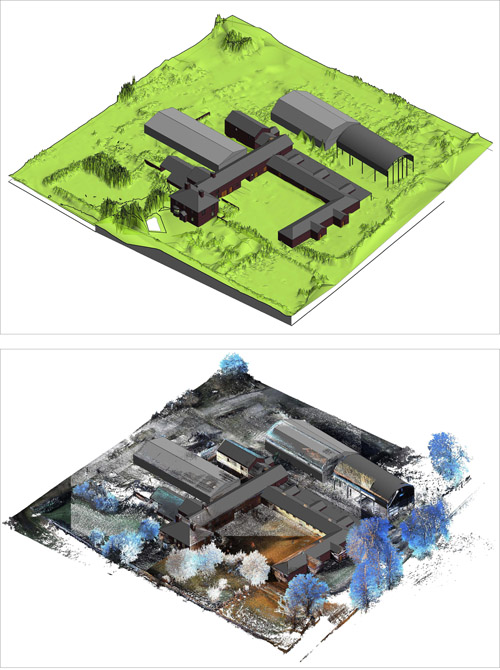 Figure 2. The 3D model of the project (top image) and the 3D model generated from the PX-80 scans (lower image).

The speed of the scan also proved important. Ross was able to capture the site with PX-80 over a total of four hours, while the two specialists spent a total of 32 hours gathering their measurements. That means Ross was 8X faster—even though he had to scan the full site twice.

“We probably did three or four scans on the outside,” he explains, “and five or six scans inside the building over a total of two hours. When we pulled up the results, we were amazed with what we had. Then I realized that in our immaturity, we’d made a few scanning mistakes. It was no fault of the scanner, but I needed to go back and scan again. So the four hours it took us to capture was actually two different visits. With the proper 30 minutes of training, the scanning would have taken us half as long.”

That speed means nmcn hasn’t simply traded one expensive method of capture for another expensive method. Ross estimated that nmcn paid £200 total to scan the whole site twice with PX-80, while the team of specialists cost £2000 to capture the site only once with their combination of tripod-based scanners and handheld distos.

A “Massive Step” towards Digital Transformation

To summarize: nmcn determined that handheld  3D laser scanning can save money by enabling the company to train its own employees to scan, helping them avoid the cost of outsourcing the work to expensive specialists. The technology also offered a much faster method for capture, which sped up the turnaround time to the final deliverable, and saved nmcn further money. Together, these factors mean that scanning has become affordable enough that nmcn can perform multiple scans on each site and get the data they need to perform the advanced analytics they’ve been hoping for.

That’s why Ross sees handheld 3D laser scanners as a long-term play. Such tools offer an opportunity to capture the data that can bring real, systemic change, and help reduce construction costs by offering greater insight into every project, every day.

“We won’t be using scanners just once on a project anymore,” Ross says. “We’ll use the scanner as a method of doing quality control and time control, for instance. If someone says it took them seven days to do a certain part of the project, we can say, actually it took you six. We can start doing as-built models from that. We could know who was on site when, what deliveries came, where they were put, whether they were safely handled, and more.”

“The technology is there,” he concludes. “PX-80 is so simple that anyone can use it, and it’s cheap enough for anyone to afford. It’s not just another trendy gadget or gizmo—it will actually save us time and money in the long run rather than waste it.”

Disclaimer: The views and opinions expressed in AECbytes sponsored articles are those of the sponsor and do not represent or reflect the views of AECbytes.